Maja Blanca is a Filipino dish that can be served as a snack or as a dessert. This treat is sweet, soft, and creamy. It can be used as a sweet to end a meal. It is a great tasting dessert. 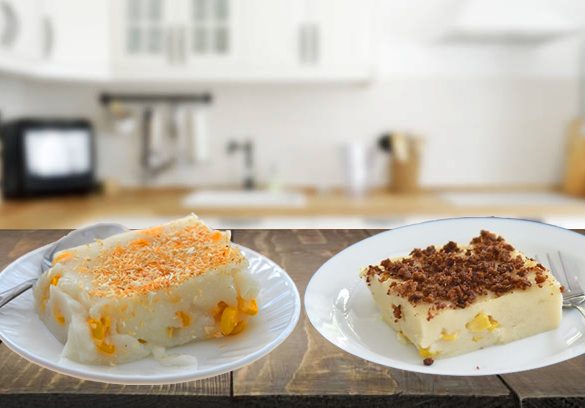 GMR Maja Blanca is a Filipino dish that can be served as a snack or as… Filipino Dish Maja Blanca Recipe European Print This
Nutrition facts: 200 calories 20 grams fat
Rating: 3.0/5 ( 2 voted )

For the maja blanca:

This dessert also goes by the name coconut pudding. Some people may say that this recipe is a little on the sweet side. If a person does not want it that sweet they can add less sugar. If a person wants a little variation on the dessert they can top it with flaked coconut. They can also top this dessert with a little bit of cheddar cheese for a more savory dish.

HELLO FOODIES AND WELCOME TO OUR WEB